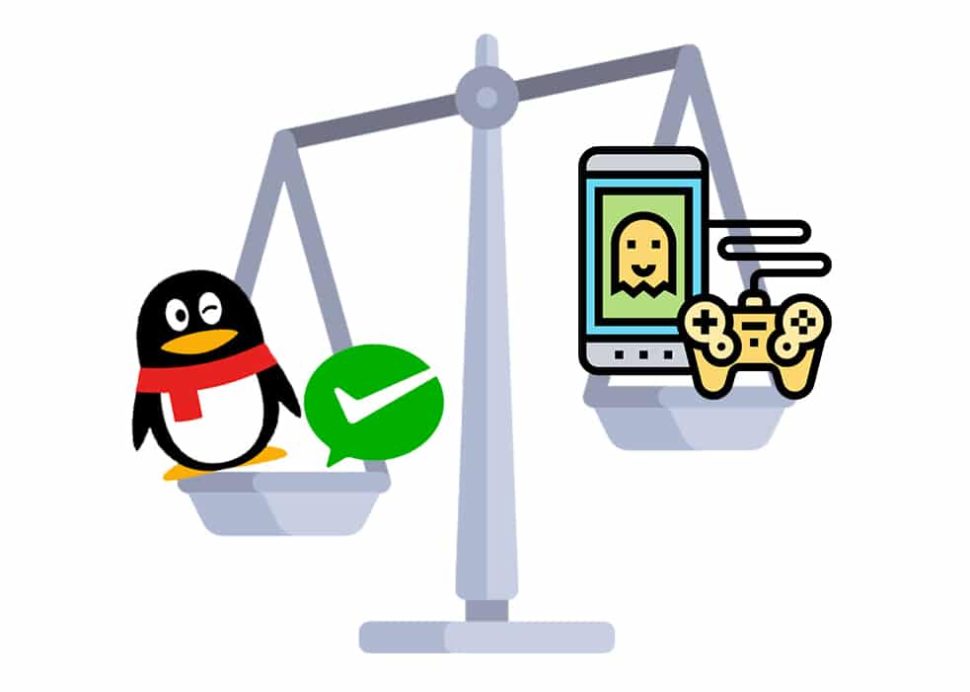 Tencent just released their financial results for the first quarter of 2019. The report shows a slowing growth and a company evolving toward payment services.

Tencent has experienced steady growth of its revenue over the last year, reaching 85.5 billion RMB for Q1 2019 at a 16% YOY growth rate.

These figures would seem impressive for any other company, but for Tencent, they come out as relatively disappointing. In fact this YOY growth rate is the slowest reported by the company so far.

In order to understand why Tencent revenue growth is slowing down, we need to look into the way it has been and is making money.

As of Q1 2018, Tencent was still mostly a gaming company. PC and smartphones games made up for about half (49%) of its revenues. Online advertising, payment, cloud and other VAS were making up the other 50%.

However by Q1 2019, PC games and smartphone games have shrunk to 41% of Tencent’s revenue. This is mostly due to the nine-month game license hiatus in 2018, which prevents Tencent from making gaming revenue from its top hit games like PlayerUnknown’s Battlegrounds (aka PUBG). In fact, Tencent even shuts down PUBG mobile in China last week since it failed to win license approval from the Chinese authorities to monetize the game. China finally granted 2 gaming license to Tencent in Jan 2019. However, the official’s hostility towards video games perceived as violent or addictive is a long-term threat to the company’s future gaming revenue.

On the other hand, payment and cloud businesses (Fintech & Business Services) went from 21% to 25%.

This evolution is made even clearer when we take a closer look at the growth between Q1 2018 and Q1 2019 and analyze which verticals most contributed to the increase in revenue.

Fintech & Business Services made up for more than half of Tencent growth (55%) while PC games and Smartphone games actually negatively contributed to the growth.

This contraction of Tencent’s gaming business is the cause of the decelerating growth. The expansion of advertising, fintech and cloud businesses wasn’t fast enough to compensate for it.

Another positive sign for Tencent is the steady grows of Monthly Active Users (MAU’s) for its two main networks, WeChat and QQ.

Given its impressive scale in the Chinese market, the 6.9% YOY Growth of WeChat Monthly Active users is extremely encouraging and shows that the social network still has strong momentum.

QQ’s growth was slower with a 2.2% annual growth rate, but the last quarter proved to be very encouraging. QQ’s MAU’s jumped from 807 million to 823 million in a single quarter. A proof that the messaging application is determined to stick around despite competition.

Tencent is showing another quarter of steady growth, although its growth rate has decreased significantly due to effects from the tightening gaming regulation.

However, this does not appear as a crisis for Tencent. The decrease in gaming is increasingly compensated by a striving fintech and advertising business.

It is likely that Tencent will maintain a strong growth trajectory. But in doing so, it will also transform from gaming to a payment & fintech company.

Hit enter to search or ESC to close